The Heat Applies Heat to Waze

Drivers love Waze, the Google application that provides real-time traffic conditions to drivers nationwide.  One of Waze’s more notorious features is its ability to alert drivers to the location of police speed traps.

But not all people love that feature, and I call those people, cops 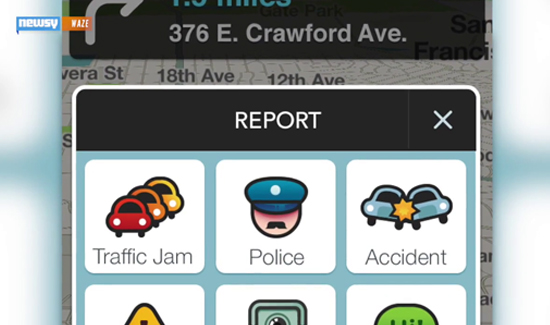 Police in California and Virginia have asked Google to turn off the feature on Waze that notifies drivers when police are nearby.  Might it be that the police don’t want you to learn about their favorite “gotcha” speed trap locations?  No.  Perhaps they think that the application will interfere with their ability to properly enforce traffic laws on the nation’s roadways?  Uh, no, that’s not the reason either.

It turns out that some police agencies have said that Waze could be used as a “police stalker” application, making it easier for would-be cop stalkers to track down and harm police personnel.  Seriously, that’s what they said.

Before I dismantle the ridiculous position offered by the police, let me give you a short disclaimer: I was a prosecutor in two different states (New York and Florida), and worked with (and trained) state and federal law enforcement for seven years of my legal career.  During that time, I helped develop the Internet and Computer Crime Division for one of the largest state prosecution offices in the United States.  You don’t get much more “pro-police” than that.

That said, any attempt by any police organization to disrupt or dismantle Waze’s features runs contrary to the First Amendment, as well as common sense.  From a constitutional perspective, citizens have the right to announce where a police car is located, or where a police investigation is taking place in public.  I have the right to stand on the corner of a busy thoroughfare with a sign that says, “Slow down—speed trap a quarter mile ahead.”  I can scream it from the top of my lungs; I can email it to my friends.  I can even post it on my website.  It’s not illegal to disseminate information about the location of a police cruiser, whether I do so online or in person.  Waze happens to have the advantage of letting me disseminate my knowledge to lots of people in real time—and that’s not illegal.

Quick (related) story: When I was a prosecutor, I was assigned to a case in which a cop gave a ticket to a driver who flashed his headlights toward oncoming traffic to warn oncoming cars of an impending speed trap.  The ticket was for “interference with a police investigation.”  (Yes, that happened.)  I dropped the charges against the driver, and told the cop that sitting on the side of a road with a radar gun did not qualify as a “police investigation.” The cop disagreed, but I was the prosecutor, so, you know, that was that.

Common sense also demands that we ignore any request to turn off Waze’s police locator features. Do we really think that would-be police stalkers will download an app on their smart phones (leaving an electronic trail of their activities), and then drive around until Waze identifies a potential target?  In the spectrum of “ways to locate a police officer”, I think that particular option falls slightly below “run around screaming like a lunatic until you capture the attention of a cop.”

The bottom line is this: it would be unconstitutional for any court to require Google to disable Waze’s police locator functionality, and it would defy common sense as well.  Let’s not devote any more intellectual energy to the debate of whether Waze will be used as a weapon—it simply isn’t a realistic possibility.